A CONJECTURE ON THE PREVALENCE OF CUBIC BRIDGE GRAPHS

In 1994, Robinson and Wormald [8] proved a striking result, which states that almost all d-regular graphs are Hamiltonian, for d ≥ 3. The interested reader is referred to [1] for an excellent discussion on Hamiltonian cycles in regular graphs.

From numerical experiments using GENREG software [6] and the cubhamg utility in the package nauty [5] on cubic graphs of various orders, we observe that bridge graphs constitute the majority of non-Hamiltonian graphs. Moreover, as the graph order N increases, so does the ratio of cubic bridge graphs over all cubic non-Hamiltonian graphs of the same order. This can be seen from Table 1.

Table 1. Ratio of cubic bridge graphs over cubic non-Hamiltonian graphs, of order 10 to 22.

Table 2. Ratio of cubic bridge graphs over cubic non-Hamiltonian graphs, of order 40 and 50.

If the above conjecture were, indeed, true it would be possible to argue that the difficulty of the NP-completeness of the HCP for cubic graphs is even more of an anomaly than indicated by the result of [8]. In particular, if an arbitrary cubic graph is considered, a polynomial algorithm can tell us whether or not it is a bridge graph. If it is, then it is non-Hamiltonian and if not, then it is even more likely to be Hamiltonian than might have been expected on the basis of [8] alone.

Furthermore, it is reasonable to assume that if the conjecture holds for cubic graphs then its obvious extension to all d-regular graphs (with d ≥ 3) will also hold. The underlying intuition is that, somehow, the "easiest" way to create non-Hamiltonian, d-regular, graphs with N vertices is to join via bridges graphs with fewer than N vertices. Regrettably, we do not know how to prove the stated conjecture. An approach, based on recursive counting arguments, along those outlined in Chapter 5 of Nguyen [7] may be worth pursuing. Another, approach could, perhaps, be based on the location of bridge graphs in the 2-dimensional multifilar structure introduced in [2] and [3].

We include an adaptation of Figure 5.1 from [3], but here we only distinguish bridge graphs, represented by crosses, from the rest. Given a graph of order N, let λi be eigenvalues of the adjacency matrix A. Define the expected value function μ(A,t) of (1-tλi)-1 to be [1/N]∑i (1-tλi)-1, and the variance function σ2(A,t) to be [1/N]∑i(1-tλi)-2-μ2(A,t). Let t = 1/9 and plot the mean-variance coordinates (μ(A,t),σ2(A,t)) across all cubic graphs of order 14 in Figure 1. We obtain a self-similar multifilar structure, zooming into each large and approximately linear cluster reveals smaller, also approximately linear, clusters with different slopes and between-distances [3]. Figure 1 indicates that bridge graphs are at, or near, the top of their clusters. 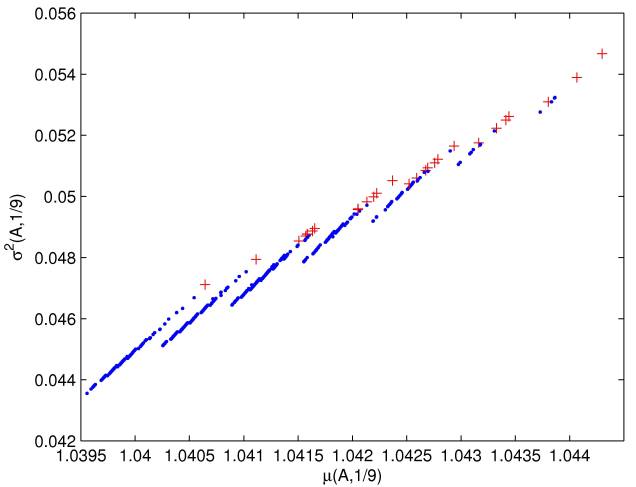 Figure 1. Mean-variance plot for all cubic graphs of order 14.

The authors gratefully acknowledge helpful discussions with V. Ejov and B.D. McKay and the support under Australian Research Council (ARC) Discovery Grants No. DP0666632 and DP0984470.